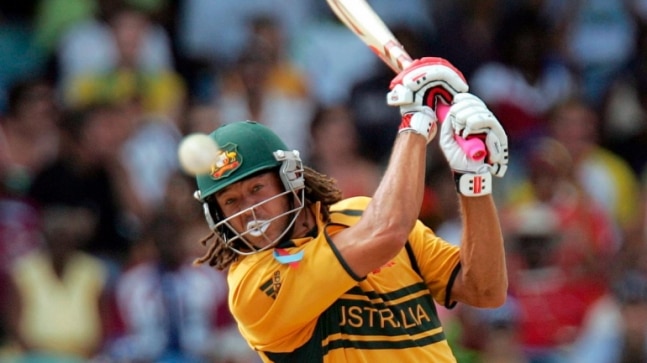 Players from the Chennai Super Kings (CSK) and Gujarat Titans (GT) wore black armbands during their match on Sunday, May 15 at the Wankhede Stadium in Mumbai. The cricketers took the step to pay tribute to former Australia all-rounder Andrew Symonds, who passed away earlier today. “Police are investigating a single-vehicle crash in Hervey Range, around 50 kilometers from Townsville that’s taken the life of a 46-year-old man last night,” Queensland police were quoted as saying in a statement. Symonds was a key member of the Aussies team across formats for more than a decade. He also plied his trade for the now-defunct Deccan Chargers in the Indian Premier League (IPL). Symonds was a brute striker of the cricket ball and was more than handy with his medium pace bowling.

Your presence around the game will be missed. @ChennaiIPL and @gujarat_titans will be wearing black armbands to pay their respects to Andrew Symonds. pic.twitter.com/X9bLS3mrvO — IndianPremierLeague (@IPL) May 15, 2022

Earlier on Sunday, the Bangladesh and Sri Lanka cricketers also paid tribute to Symonds, who breathed his last at the age of 46. The players observed a one-minute silence before the ongoing opening Test that started today at the Zahur Ahmed Chowdhury Stadium in Chattogram. A number of cricketers from around the world dropped in their condolences for Symonds’ family after the incident. Symonds became the third retired Australian cricketer to pass away in 2022 after wicketkeeper Rodney Marsh and legendary leg-spinner Shane Warne. As far as CSK’s match against GT is concerned, the Super Kings won the toss and elected to bat first. While the Yellow Army are looking to salvage some pride, the Titans are aiming to cement their place in the top-two in order to play the Qualifier 1. The Super Kings have roped in Ishank Jaggi, Mitchell Santner, Matheesha Pathirana and Prashant Solanki and left out Robin Uthappa, Ambati Rayudu, Dwayne Bravo and Maheesh Theekshana.