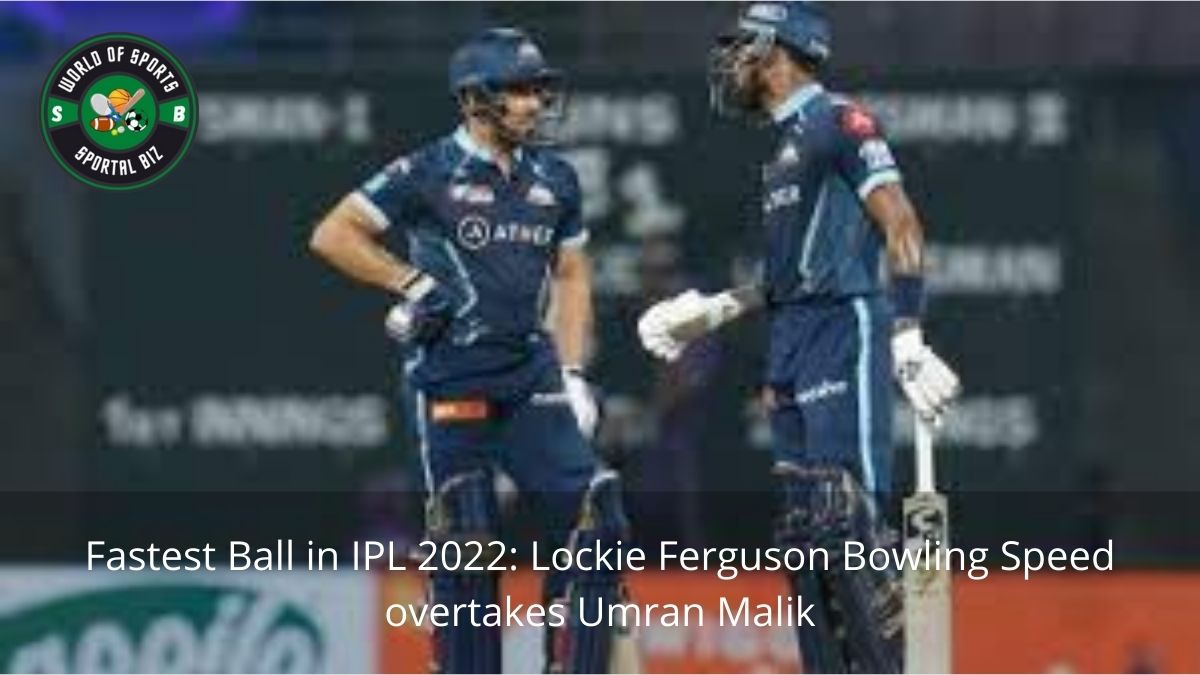 Fastest ball in IPL 2022: The level and level of play has reached the highest level in the ongoing Indian Premier League (IPL) 2022 season so far. Both batsmen and bowlers have shown impressive performances in their departments to help their team perform well in this type of T20 tournament.

While playing for the Gujarat Titans, Speed ​​Premier Lockie Ferguson threw the Indian Premier League 2022 fast ball with an impressive 153.9 km / h throwback game against the Chennai Super Kings. Ferguson surpassed Sunrisers Hyderabad fast bowler Umran Malik who has produced heavy speed this season with a throwback speed of 153.4 and 153.1 km / h. However, the Gujarat Titans pacer may have come out wicketless in the match but threw fastballs over 150 kmph twice.

After losing the toss and being asked to bat first, the Chennai Super Kings released a total of 169 out of 5 on the batting board with their full quota of 20 overs. CSK opener Ruturaj Gaikwad is back in form having played an impressive 73 runs off 48 balls involving 5 sixs and four fours. Ambati Rayudu also scored 46 important runs and captain Ravindra Jadeja scored an impressive 22 runs in just 12 runs.

However, in the absence of captain Hardik Pandya, David Miller hit an unbelievable innings of 94 runs off 51 balls to guide the Gujarat Titans to a stunning 3-wicket victory. Rashid Khan also contributed by hitting 40 runs in 21 deliveries.