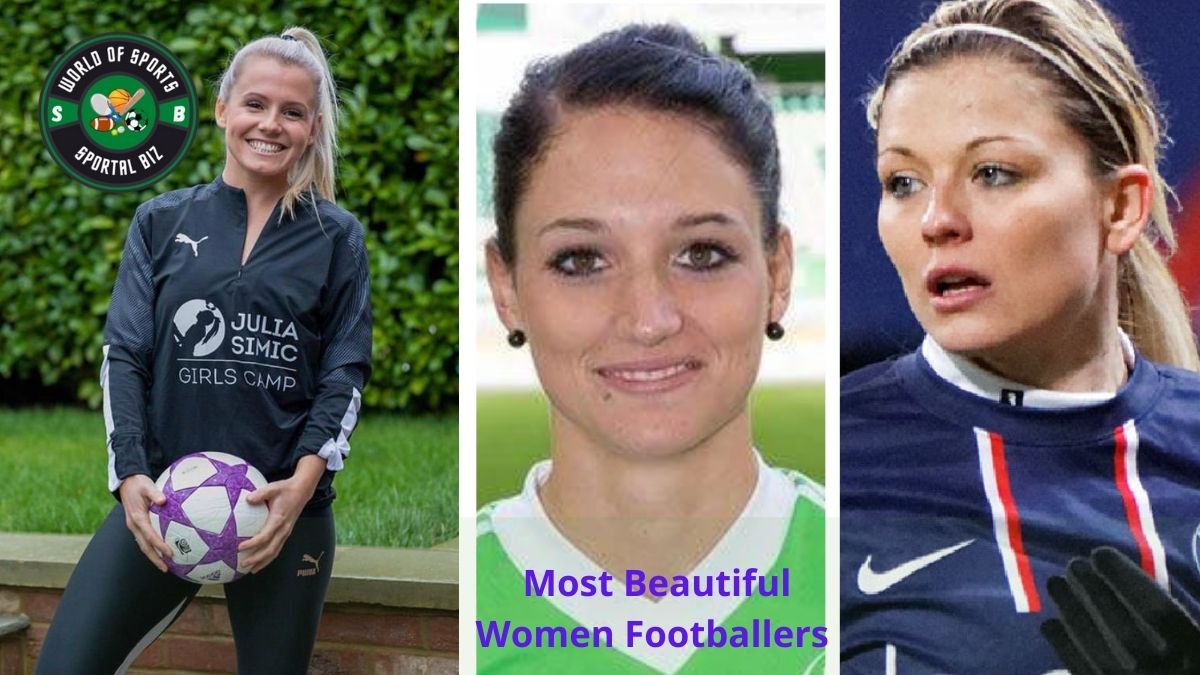 When beauty and femininity are considered, they act as synonyms. Best Women’s Soccer Players. Women achieve their goals and love in almost every field. Soccer is one such sport in which female soccer players are known the world over. There have been debates about women playing football, it is dangerous to health, but when it comes to following your passion, you have to face those limits and look forward. Here we see  10 Most Beautiful Women Footballers In The World.

10 Most Beautiful Women Footballers In The World

Selina Wagner is a 29 year old German footballer. She is currently plays for SC Sand football club. She plays as a midfielder in the Bundesliga club. She is also regarded as the best player of the era.

Louisa Cadamuro is a retired Algerian-French Footballer. French people consider her to be the “female Zidane” due to her playmaking abilities, ball controlling skills and vision. Apart from this her, Algerian-French looks makes her look charming.

Laure Boulleau is 29 years old active footballer who is enjoying her career at the women’s team of Paris Saint Germaine. She is a defender of her team and has a Coup de France trophy with her. This Blonde woman has a dazzling smile that makes everyone get attracted to her easily.

Sydney Leroux is currently playing football in NWS League for Kansas City football club. She is a former Canadian Olympic Gold medalist which makes are the popular football player in her team. She has unique features and a sharp face cut.

Nayeli Rangel is a 27 year old footballer who plays for Tigres UANL. She is a Midfielder . She is the most beautiful and fit player in her team. Nayeli is also an Instagram model.

Anouk Hoogendijk is a professional footballer playing for the Dutch club Ajax. Anouk excels in defense and midfield with her exceptional disposing skills and strength. She made her debut in 2004 and has played 100 games since then. She also represented her nation in 2009 and 2013 Women’s European Championship.

Jonelle Filigno plays for Blue FC and considered one of the best players in the team. She is known for her attractive eyes, and her glowing face. She is married to Russell Hopkins and they have a beautiful child together.

Alex Morgan 27-year-old made her debut for American U-20 women team in 2008 and won the world cup in the same year. She also won the title for USA in 2015& 2019 FIFA World Cup. She is the best player in the world and her personality wins millions of hearts.

Julia Simic is a 31 year old midfielder, who plays for West United Football Club. She is the most attractive football player. She is also an Instagram model who often posts about her daily activities and personal lifestyle.

3 thoughts on “10 Most Beautiful Women Footballers In The World”