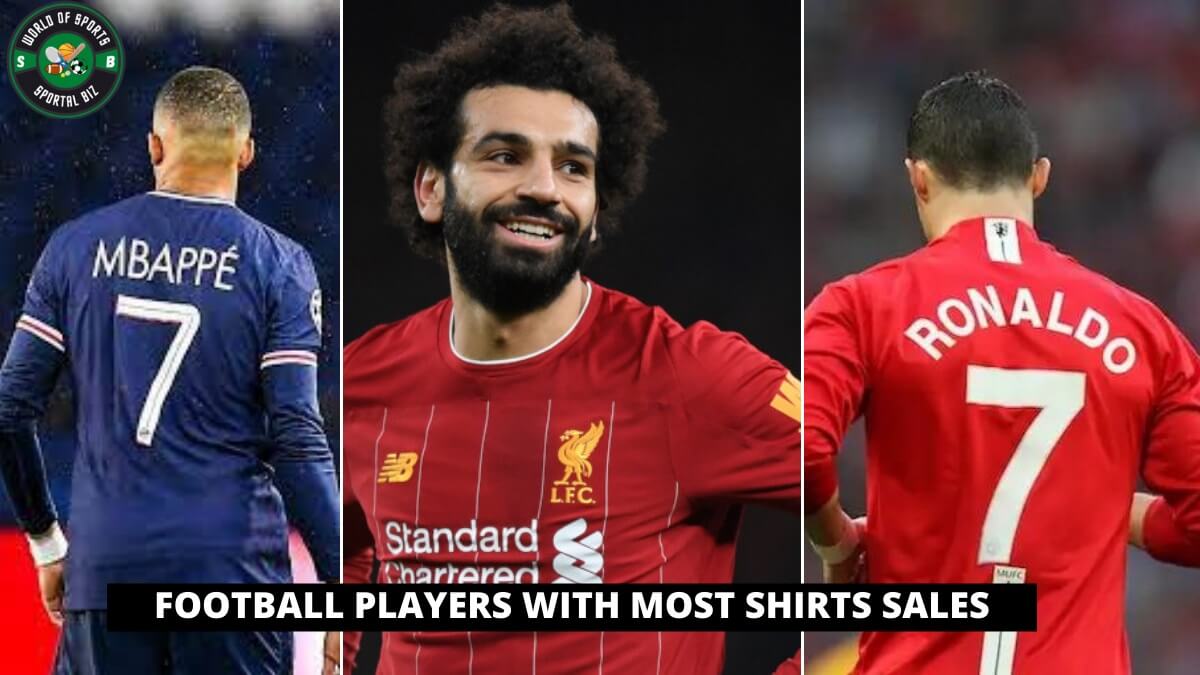 Football is currently dominating the sports world as there is a huge fan base around the globe. Soccer is taking a big chunk of sports revenue because its fans are in billions. Club matches and football leagues have increased the popularity. The clubs always sign the giants of football world to gain public engagement and thus they make a solid revenue through endorsements. Shirts sales is also a contributor in the clubs revenue. The more shirts will be sold, more money will be added to the bank. Here we have a list of the players with highest shirts sales in the current season.

Not only the clubs earn the revenue, but also the footballers receive a great chunk of this money. That will surely make a solid increment in their wealth. European leagues are on the top with greater number of shirts sales. Here are some details:

European Leagues have attracted the fans after signing the biggies of Football. Thus, they are collecting greater revenue as compared to the other leagues.

After having a wonderful season with PSG, Kylian Mbappe has an immense fan following in the recent years. He is now become one of the greatest assets of PSG having scored 162 goals in just 214 appearances. That’s why, he is now in the list of the players with highest number of shirts sales. He has sold 790,000 shirts in the recent years and is now just behind Messi.

Salah has also collected a big deal of shirts sales and is now one of the top players to get endorsements. 816,000 million fans have bought his shirts However, there is a drop in these sales as he is missing out from the World Cup and other big events. In the recent season, Salah have scored 17 goals in 23 matches. His shirts sales are one third of Liver Pool’s shirts sales in the last year.

Robert Lewandowski is currently having a contract deal with Bayern Munich and is having a brilliant season. In 2021, he made goals frequently and efficiently and thus played a crucial part in the wins of Bayern. He is a dynamic goal striker and now have an increased fan following. That’s why his shirts were sold 970,000 times and brought a great revenue in the bank of the club.

Ronaldo is one of the greatest footballer of all times having played for Portugal National football team and Real Madrid in the past. Now, he is playing for English club Manchester United. He is the man with millions of fans around the world. So he is at the second spot in the list. In the recent season, his shirts sales crossed one million mark and made a record of fastest shirts sales in Premier League.

Messi is always on the top as he imposed a great impact over the football world with his exceptional skills. He made his way to the glory of his career after performing brilliantly for Barcelona and now he is having a contract deal with Paris Saint German. His shirts sales recorded in the previous season have crossed 1.2 million mark and made a wonderful contribution in the revenue of the club.

Further details will be available here if a new star crosses these numbers in terms of shirts sales.