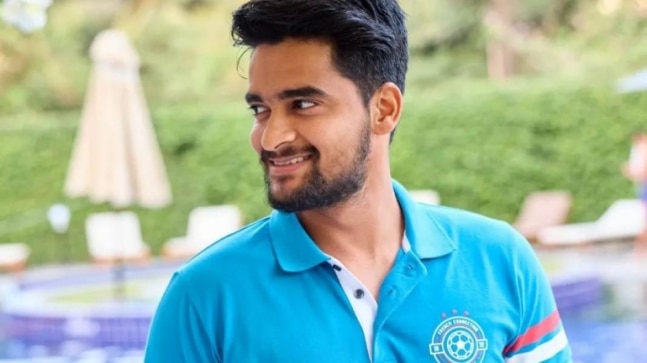 The 29-year-old Anunay Singh is currently a part of the Royals after the 2008 champions bought him at his base price of INR 20 lakh back in February.

Rajasthan Royals (RR) fast bowler Anunay Singh recalled the times when he had to struggle a whole lot to make ends meet. The 29-year-old is currently a part of the Royals after the 2008 champions bought him at his base price of INR 20 lakh back in February in the Indian Premier League (IPL) 2022 mega auction.

Singh, who made his debut in domestic cricket at the age of 25, said that there was a time when he thought of picking up part-time work for survival. The Vaishali-born cricketer also mentioned that he had to survive on milk and bread for quite a few days.

“I’m from a middle-class family. It was just my dad who was earning at home. I thought of working part-time at times. McDonald’s or somewhere, I’d earn 7-8k if nothing. But then, I thought that if I did work, my practice would be hampered. And cricket is expensive — it was and it still is,” Anunay was quoted as saying.

“I didn’t talk about it at home. My seniors would often give me shoes. So, a lot of nights have been spent where I slept having just milk, or milk and bread. If I say I didn’t eat before sleeping, no mother will be able to sleep,” he stated.

Singh also said how a series of injuries and constant rejections during trials didn’t help his confidence one bit.

“There have been a lot of ups and downs. Sometimes, you’d know in advance that you will be rejected. I gave trials for MRF and Redbull, and was rejected multiple times. I endured injuries and I’d have back pain often,” Anunay added.

Singh has played one first-class, eight List A and one T20 matches, in which he has picked up 12 wickets with the best figures of 3/12. He last played competitive cricket in the 2021 Syed Mushtaq Ali Trophy. The Royals are currently placed third in the points table with a net run rate of +0.228.